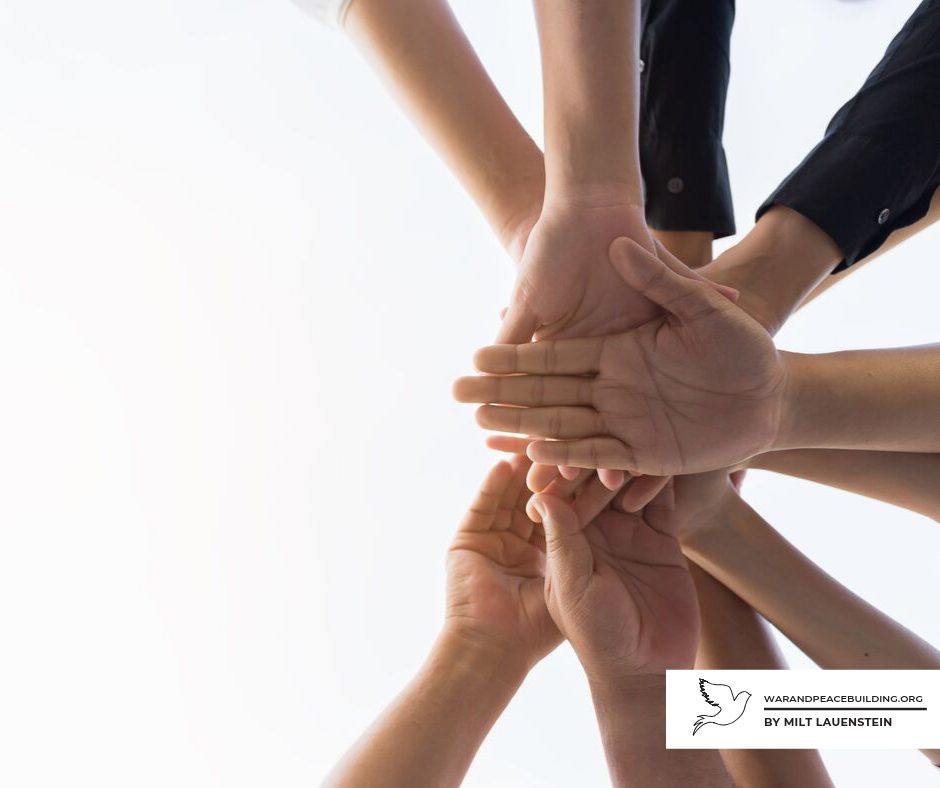 Can Peacemaking Be Effective?

The belief that warfare has always been with us, and that nothing can be done about it, is widespread. However, the facts show otherwise.

Wars usually end in one of three ways. One side may suffer such complete defeat that it is unable to continue, as in World Wars I and II or in Sri Lanka. One side may withdraw from the field, such as the US did in Viet Nam or Russia did in Afghanistan. The combatants may agree to stop fighting, as in Northern Ireland, in the war between Eritrea and Ethiopia, and, more recently, in Colombia.

In the quarter-century 1992-2017, 33 wars ended. Of these, in only 3 cases was one side unable to continue to fight. In at least some of the cases where one party simply withdrew, as happened in Vietnam, pressure from domestic peacemakers played an important role in bringing an end to the conflict. And in every case where there was no clear victor, and two parties agreed to stop fighting, peacemakers from outside played key roles in crafting a cease-fire, an armistice, and/or a peace treaty. Clearly, peacemakers have contributed much to ending the terrible human and economic cost of warfare.

Still, they are not as effective as they need to be. Almost nothing has been done to determine what kinds of effort in what kinds of situations are most cost-effective. Without such information, many of the resources aimed at promoting peace are misguided and ineffective. Donors are reluctant to support activities without hard evidence that they get significant results. Of 74 donations of $25 million or more to philanthropic projects in 2016, not a single one focused on reducing armed conflict. Lack of knowledge about what does the most good is obviously a serious problem.

Research can do much to solve it. Plenty of data exists about what has and has not worked in different kinds of situations. Mining that data to determine how peacebuilding resources do the most good can provide the information needed to do a better job of allocating resources and to attract more financial support for work to reduce political violence.

Peacemakers’ work has already saved many lives and much money. Armed with evidence about what approaches to what kinds of situations are most effective will permit them to accomplish much more.